Why, in sports, do women often have to be nothing less than exceptional to receive even the bare minimum of respect?

Grown men frequently belittle women athletes, and there are stereotypes that boys have a better game than girls.

As Aeriel Powers, a professional WNBA player, put it best, “They look at us as just women who try to play basketball.”

A lot should bother someone about that sentence, but the “try to play” is exceptionally painful to read. Aerial is a star player on the Minnesota Lynx- and she continued to say that men frequently don’t look at her like she’s an athlete even though she has competed at the professional level for 5 seasons.

But, as her viral TikTok from this article showed, the men who doubted her ability to play were so wrong.

Shot after shot was made; every man who tried to guard her could not. Pretty impressive for someone who is just “trying to play.”  Aeriel even credits her abilities to playing pick-up games with men every day. Stating that she developed her competitive edge because she played with both men and women.

Having been raised with six sisters and no brothers, co-ed in sports is very important for young athletes. It encourages mutual respect between the genders that continues throughout every athlete’s life (especially men).

Creating a culture of respect within basketball is how instances like this are stopped. The men Aeriel played with didn’t think she could play just because she was a girl. This is why EMA was built on mixed-gender experiences, so the next generation of leaders assumes the best regardless of gender.

Aeriel continued that she doesn’t go to the court looking for trouble, but when men disrespect her, you bet she is bringing her best game.

No one should feel disrespected in life or on the court.

Regardless of gender, practicing and working with teammates creates talented players. Combining that with mutual respect and acknowledgment of others’ skills is how problems like what Aeriel faced are avoided.

Girls have game too.

EMA nurtures this environment every day by empowering our student-leaders to lead with their hearts (regardless of gender), so a positive culture of disrespect in basketball can be present at all times with our next generation. 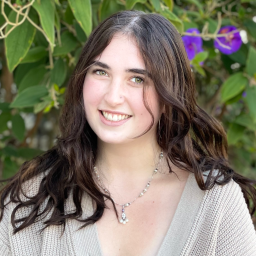 Tips to Prepare for the Big Game 7 Leadership Skills to Nurture at a Young Age